What is Brazilian Jiu Jitsu?

Brazilian Jiu-Jitsu is a grappling martial art full of locks, chokes, and take-downs.  Named “The Gentle Art”, “Human Chess”,  “Involuntary yoga” new members are taught the techniques in a safe and controlled environment.  Higher belts are always available to help lower belts and offer training tips in a respectful manner.  Every class is a complete workout designed to improve your flexibility, balance, endurance and strength.

With regular training you will lose weight, gain muscle tone and even improve your athletic performance in other sports! BJJ is hands-on, effective, up close, and fun way to train.  The friendships and bonds forged on the mats will last for years!

Through our program you will:

Click or Call to set up your free class! 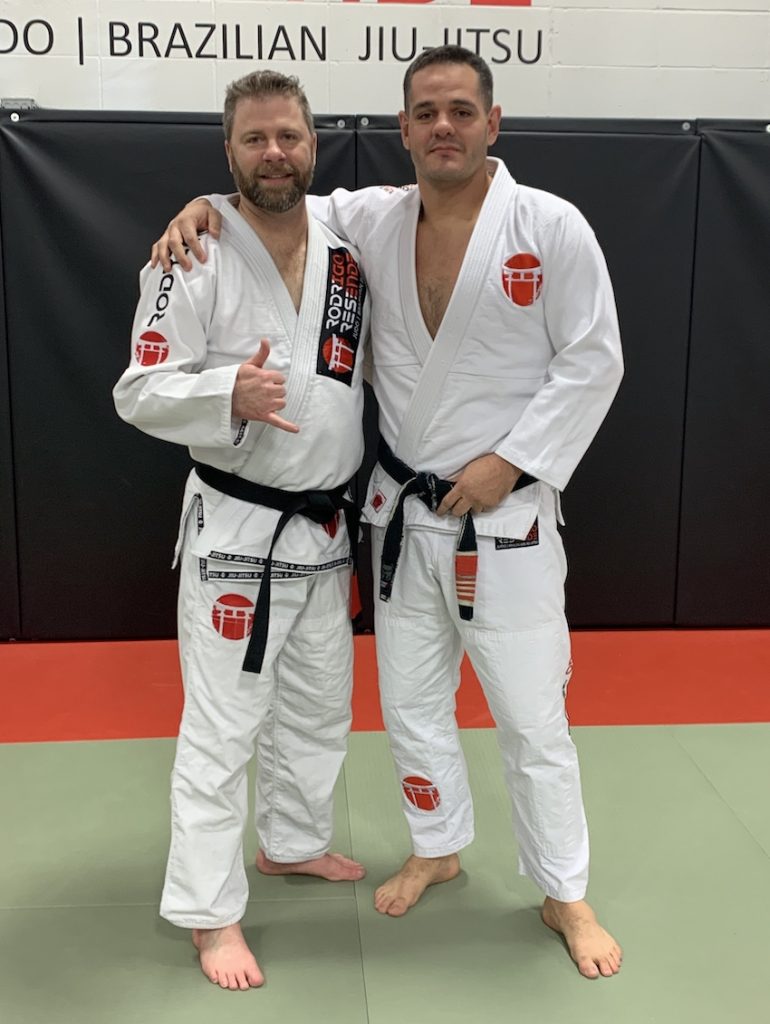 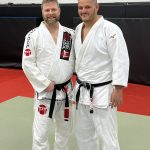 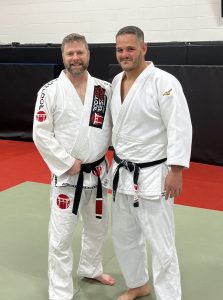 Professor Ford started his BJJ training in the 90’s when the UFC was launched.  At that time there were very few qualified teachers, and even BJJ VHS instructional tapes were bootleg.(!)  He would train with anyone who would teach him about grappling, submissions, and takedowns.  This included wrestling, judo, hwarangdo, and of course jiujitsu.  As a taekwondo black belt, he understood the value of learning self defence on the ground, as that was a weakness in the striking arts.  After training in an MMA gym off and on under Jason Fairn (RIP), he had a serious neck injury and had to stop.

After a 10 year layoff Kevin began to train again, earning his purple belt in 2013 under Professor Heitor Abrahao (IBJJF 2nd Degree – Dela Riva).  He then restarted with Professor Resende (IBJJF 4th degree, and 5th dan in judo).  As an “older” grappler the restart was challenging but rewarding.  He earned his brown belt in 2016, black belt in 2021, and professor stripes in 2022.  Professor Ford’s perspective on BJJ is self defence tactics and technique first, and is taught only to adults.  If you are looking for a gym that does not treat beginners like cannon fodder, or allow sandbagging for tournaments, and has a professional “no goons” atmosphere then ATA BJJ is for you. =)